Yesterday I outlined a horrifying truth…

The majority of stocks have NOT actually made money over the last 20 years.

How is this possible?

Remember, the U.S. stock market is priced in U.S. Dollars ($USD). And over the last 20 years, the $USD has lost nearly 40% of its purchasing power. So, when we adjust for this by pricing stocks in gold (an asset that cannot be devalued by the Fed), we see that stocks are in fact DOWN some 50% from their 1999 peak. 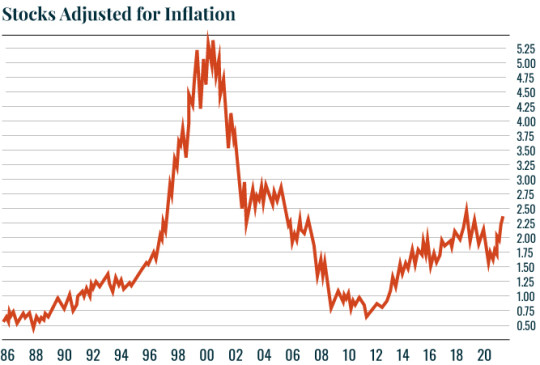 Now bear in mind, I’m not saying stocks are a complete waste of time. I’m simply saying that if you are piling your money into an index fund, most of your gains are coming from the new money you put in… not stock appreciation.

So How Do You Generate Real Wealth from Stocks?

The same way Warren Buffett did: by focusing on stocks that are growing rapidly to the point of outpacing inflation by a wide margin.

Consider Coca-Cola (KO). Buffett began loading up on Coke in 1988. At that time, he noted, among other things, that the company is able to raise the cost of its product to beat inflation without losing consumers (a term he calls “economic goodwill”). 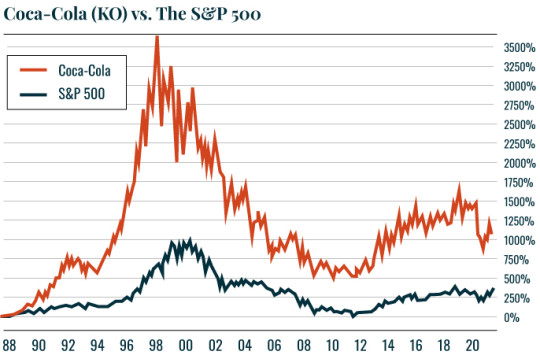 Let’s take a look at another, more rapid-growth company that Buffett recently bought: Apple (AAPL). After famously avoiding tech stocks for most of his career, Buffett began loading up on AAPL in 2016. The chart below shows what he is looking at: 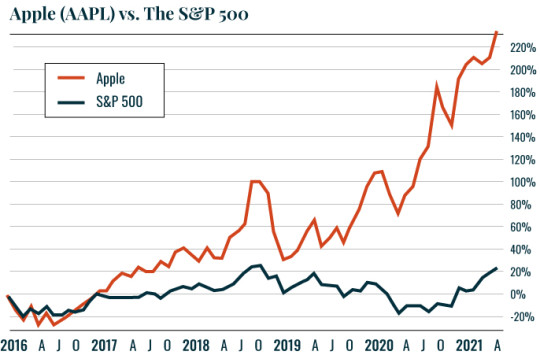 You get the general idea.

The idea is to find high quality companies that are rapidly growing with products that have what Buffett calls “economic goodwill” (the ability to raise their prices to account for inflation).

Lessons from the Master Himself