This is a fact borne out by both statistical studies and real-world analysis. And yet I would argue that over 95% of investors don’t understand this.

For whatever reason, most investors believe that the stock market is effectively a derivative of economic growth.

The reality is that the people thinking this haven’t really thought their arguments through to their logical conclusions.

They found that the correlation between stock market returns and the direction or trend of GDP growth was 0.05, or about 5%. Put another way, the trend of the economy only explained roughly 1/20th of the stock market’s returns.

To put this into perspective, it’s lower than the correlation between rain and stock market returns. Yes, rain, as in whether or not it’s raining outside on a given day.

If you still find this hard to believe, let’s take a real-world example.

Between 1972 and 1982, the US economy nearly tripled in size from $1.2 trillion to $3.2 trillion. And yet, throughout that entire period the stock market traded sideways for ZERO GAINS! 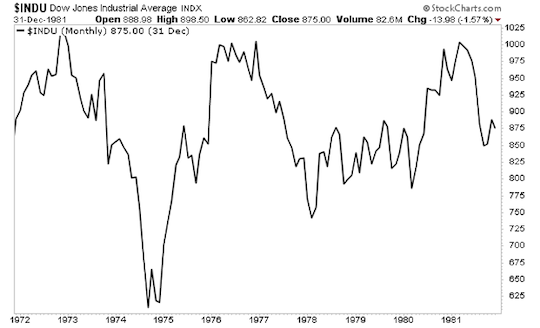 In contrast, from 1982 to 2000, the US economy again nearly tripled in size from $3.2 trillion to $10 trillion. But during this particular time, the stock market exploded higher rising nearly 1,500%! 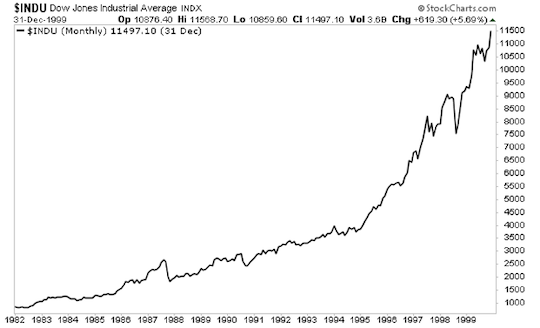 Again, stocks have little if any correlation to the economy. This is especially true during asset bubbles like the one we’re in today.

I’ll detail a trick to determine when to get out of a bubble tomorrow. Until then…