Over the past few weeks, we’ve outlined some truly extraordinary facts pertaining to just how much money the Fed has “printed.”

As a brief recap:

All of this money printing has ignited an inflationary storm. The Fed refuses to acknowledge this, but the reality is staring us all in the face:

Put simply, inflation is ripping through the financial system.

And the craziest thing? The Fed just printed another $100 BILLION this week alone… 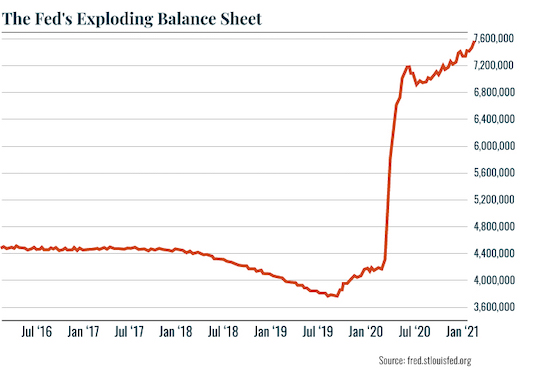 This is absolute madness. The media has claimed over and over that the COVID-19 pandemic is now under control and things will start returning to normal, but the Fed’s still printing over $120 billion in money per month.

At this pace, the Fed will print $1.4 TRILLION this year alone. Not billion, TRILLION — with a T.

And they show no signs of stopping.

This market DOUBLED the performance of stocks…