Holy Cow... the Treasury Thinks Higher Inflation Will Be GOOD for Us!

Janet Yellen just made one of the stupidest claims in financial history.

Yellen is the current Treasury Secretary. Prior to this role, she served as chairman of the Federal Reserve. Throughout her tenure in both roles, she’s proven herself to be a clueless academic with little if any understanding of the real economy or financial system.

However, her latest statement on inflation has been an absolute gobstopper.

Last week, Yellen stated that President Biden’s $4 trillion spending plan would be good for the U.S., even if it contributes to rising inflation and results in higher interest rates.

There are two whoppers in this statement. They are:

1) Higher inflation is good for the U.S.

2) Higher interest rates would be good for the U.S.

Let’s dissect each of them…

Regarding the first, Yellen’s statement implies that inflation isn’t already a concern. This is patently false.

Over the last year, the price of everything Americans eat or depend on for building or use to fuel their lives has spiked. Agricultural commodities, which are the basis of all the food we eat, are up 62%. And they are the laggards here! 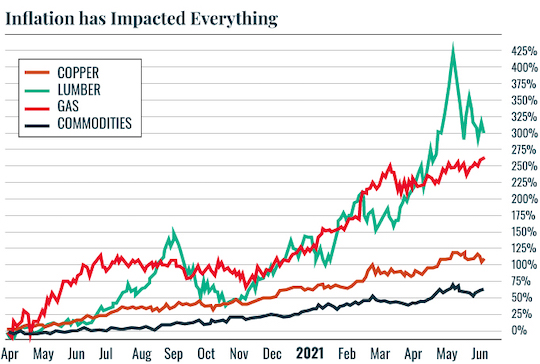 Now, higher prices aren’t necessarily bad news provided incomes rise at a similar pace. If inflation is 5%, and incomes are also growing at 5% or more, the damage done to the economy and average Americans isn’t disastrous.

Over the same time period, when the cost of commodities — particularly those for food and energy, on which American rely to survive — are up at least 50%, incomes rose a maximum of 30% year-over-year before rolling over and nose-diving in April 2021. 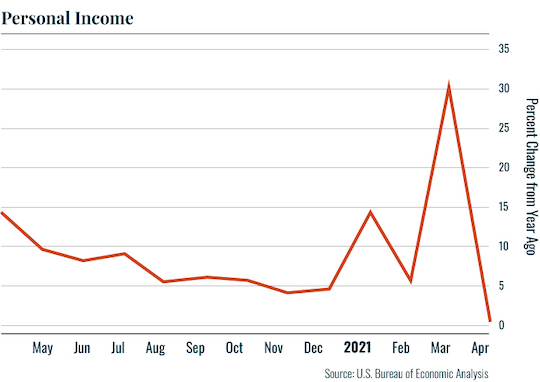 Put simply, incomes in the U.S. are growing at nowhere near the pace of inflation. So, the idea that even higher inflation would be “good” for the U.S. is ludicrous.

But for now, the takeaway we need to focus on is that the person in charge of the U.S. financial system believes higher inflation would be good for the U.S… at a time when inflation is already roaring!

This means inflation is only going to get worse from here. Smart investors will make a fortune from this. However, those who are unprepared will get taken to the cleaners.

The Treasury Secretary thinks higher interest rates would be good for the U.S.…