How to Know If the Market Is Ready to Crash

With the markets breaking down yesterday, many investors are asking, “are we due for greater losses.”

For certain, stocks are extremely overstretched from historical norms. One of the most common ones is the 50-month moving average (MMA). As I noted last week, the market is trading nearly 40% above that MMA. And while stocks have traded at or near these levels several times before, they’ve only been significantly stretched above this level two times in the last 40 years. 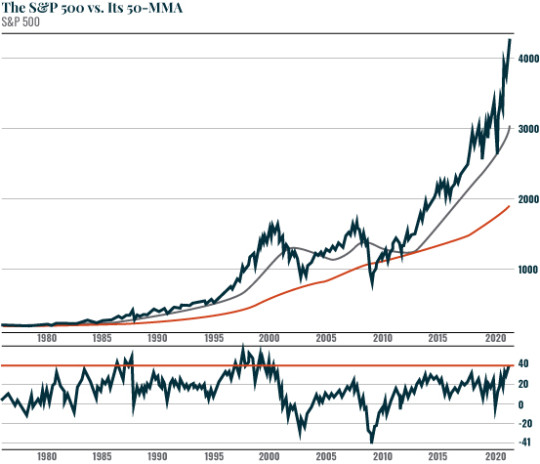 However, the fact stocks are extremely overextended by historical norms doesn’t mean they have to collapse anytime soon. In ALL the instances in which stocks were more extended than they are today, ensuing corrections took months to manifest.

This time around will likely prove no different.

Because the market’s internals are not committed to a collapse.

A Look Under the Market’s Hood 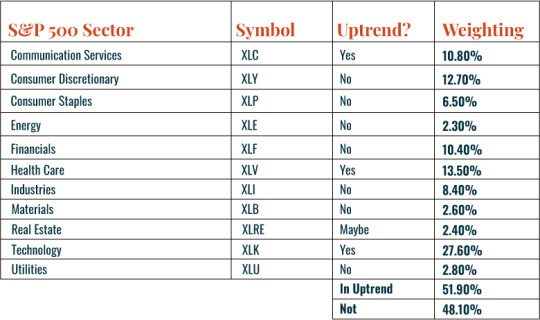 Until this changes and the market becomes more lopsided in terms of uptrends or downtrends on a sector by sector basis, we’ll likely see a choppy consolidation period, or at best, a slow grind higher. This is particularly true when you consider what the tech sector is doing.

If you revisit the table above, you’ll note that the S&P 500 is heavily skewed towards technology stocks. It is the largest sector in the index (27%). In fact, it is larger than the second and third largest sectors (healthcare and consumer discretionary) combined. With this in mind, as long as tech remains in an uptrend, it will be VERY difficult for the market to collapse.

Here’s the chart of the sector from today. 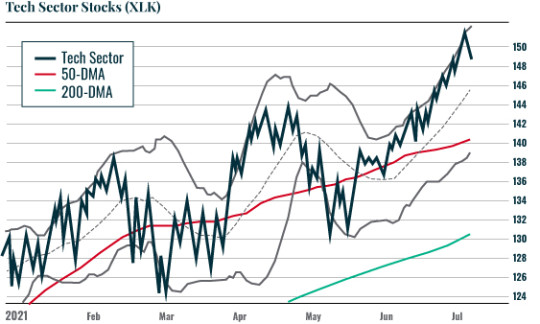 Until we see XLK drop below support at 144, or its 50-DMA at 140, it will be VERY difficult for the overall market to collapse in any significant way.

Why Does the Fed Want to CREATE Inflation?