Inflation Is Here and It's Only Going to Get Worse

Are you ready for an inflationary storm?

Inflation had already entered the system courtesy of the Fed printing over $3 trillion last year while the U.S. federal government paid out over $2 trillion in stimulus checks.

Then Joe Biden won the presidency.

Last week President Biden suggested a stimulus program that will be in the “trillions” with a price tag that will be “twice as high.” Democrats are also proposing reparations for slavery to the tune of $15 trillion, as well as the Green New Deal and other climate change policies.

I’m not saying I’m for or against any of this. I’m simply pointing out that all of it involves printing TRILLIONS of dollars.

And that is going to unleash inflation.

The Fed’s own research shows that food inflation is the best predictor of future inflation.

Take a look at what agricultural food prices are doing and you’ll see a decade-long bear market that is ending. 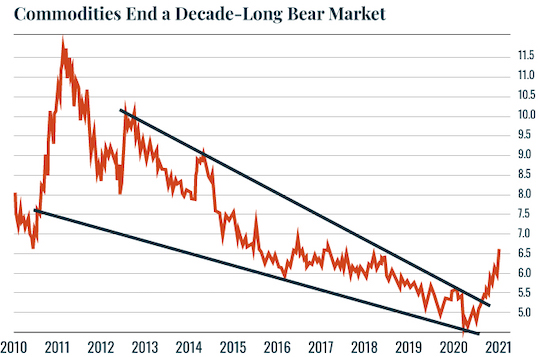 Then of course there’s Gold which has already hit new all-time highs: 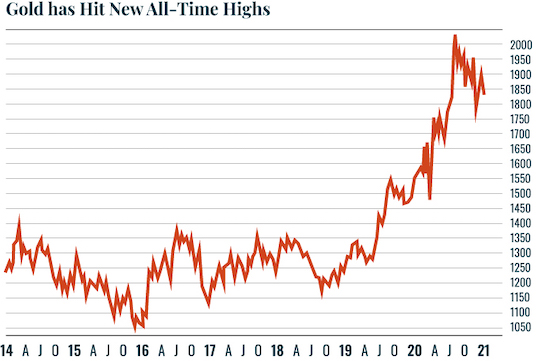 Not to mention emerging markets. 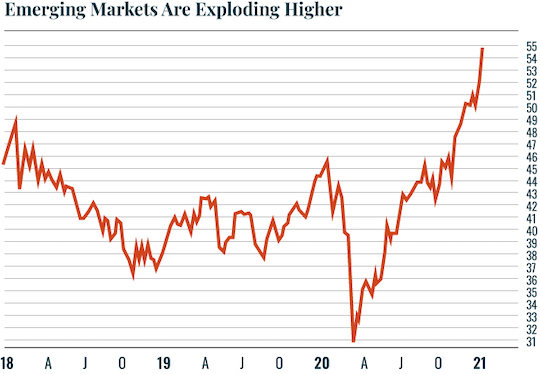 Simply put, inflation is already in the financial system. And as history has shown us, the longer it’s there, the worse it gets.