The Biden administration has yet to take office, but it already has a MAJOR problem on its hands.

That problem is the U.S. dollar.

The greenback has declined over 13% since March 2020. That’s a significant decline to begin with. What’s particularly concerning, however, is the fact that the U.S. dollar continues to plunge without ever staging a significant rally.

Put another way, this decline is occurring with few, if any, breaks. 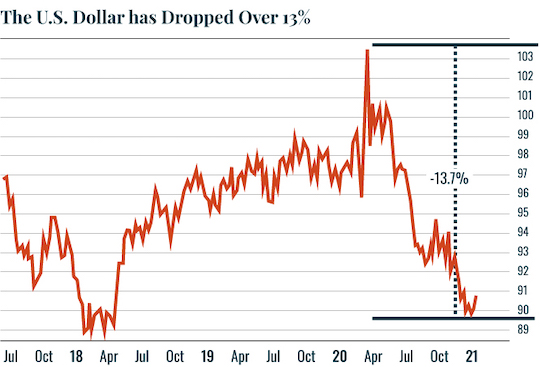 We are currently seeing a “dead cat bounce” off of CRITICAL support (black line in the chart below). However, once we take that line out, (and we will soon) we’re in VERY serious trouble. 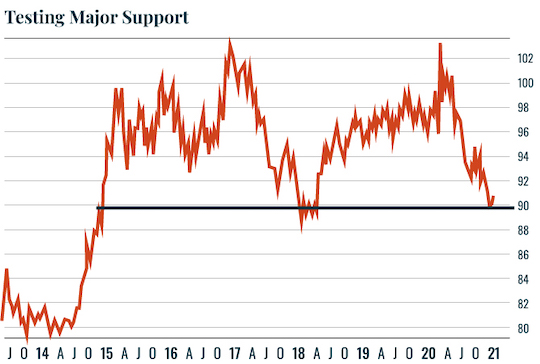 Anything below these levels and we are talking about ALL TIME LOWS here for the greenback. Think U.S. dollar crash. 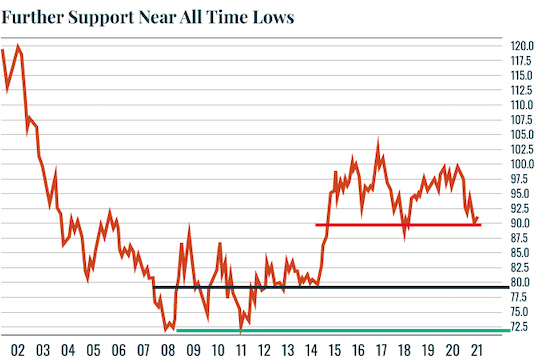 Bear in mind, this is the situation BEFORE the Biden administration implements its intended $2 trillion stimulus program along with its $2 trillion infrastructure program. Throw in the various climate change, reparations and other social spending programs that Biden and his allies have been talking about and you’ve got the makings of an inflationary storm.

What does this mean for Americans?

I’ll detail this in tomorrow’s article. Until then…