The markets appear to be entering a risk-off period.

The S&P 500 finished Friday down 0.75%. That doesn’t seem like much until you consider that stocks have been rallying on Fridays for weeks now. I’ve illustrated the last six Fridays on the chart below. Note that four of them were strong up days. The only one that was relatively weak (June 18) still saw stocks close in the green and well off the lows. 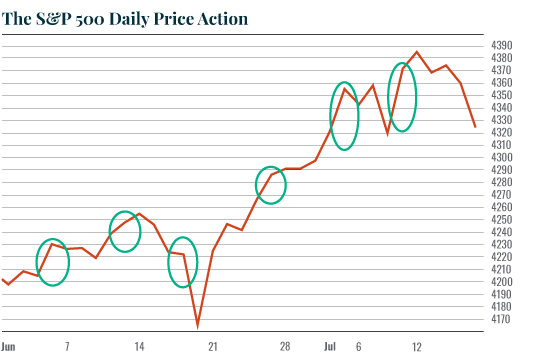 With that in mind, last Friday’s price action was quite unusual. Not only did stocks finish the day near their lows, but they finished the week down as well…

This is the first down week in a month. Also noteworthy is that the market finished the week down near its lows, whereas the previous three down weeks finished well off their lows. This again is a bearish development for the markets. 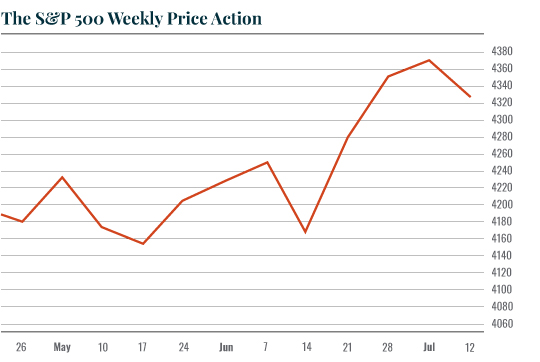 To top it off, even the price action in most asset classes was troubling. Typically, when stocks get hit, bonds or commodities rally. Instead, on Friday all three asset classes were sold hard at one point or another. This suggests the move was NOT rotation but actual organic selling by institutions. 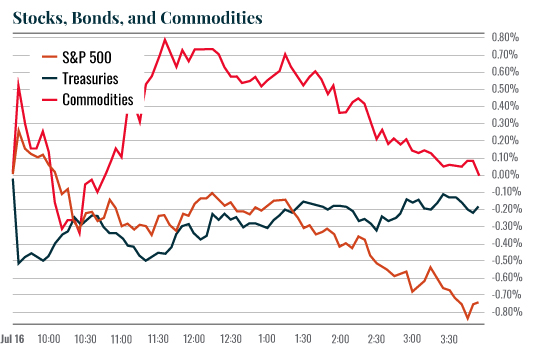 This is all highly bearish. And it suggests we are entering a risk-off period in the markets. But is this the start of something major? Put another way, are we entering a crisis?

Tomorrow we’ll dive deeper on the specifics of what this action is telling us. Until then…

Three Charts that Should Make You Worry

While the broader market doesn’t indicate economic strength, these sectors do…