Fed Chair Jerome Powell told some real whoppers as far as inflation was concerned during his testimony to Congress this week.

Some of the more egregious and revealing statements:

Let’s dissect each of these detestable lies.

Powell’s first two claims (that inflation is merely due to prices rising year-over-year) are related to a common theme in the financial media today. That theme is the “base effect” argument, which claims that inflation only appears to be “up” based on where the data was a year ago, NOT based on real inflation.

Here’s a five-year chart for agricultural commodities. Sure, they’re up over 40% from last year… But they’re also up 20% from where they were three, four, even five years ago! This is NOT a “year-over-year” base effect inflationary move. 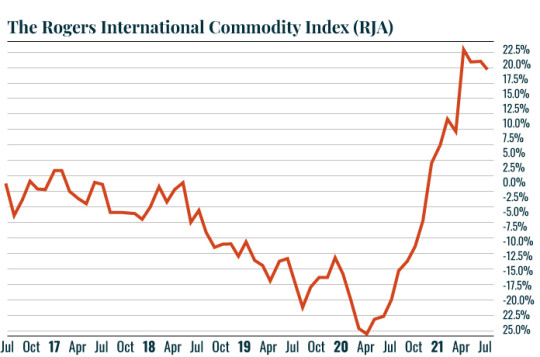 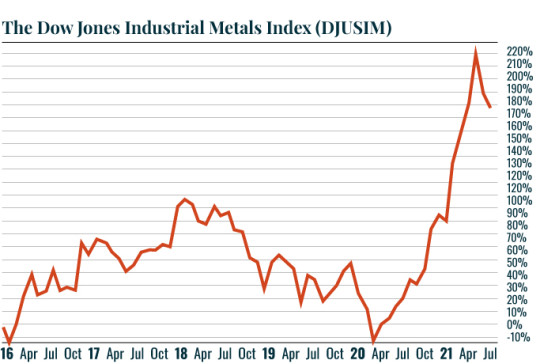 Here’s a five-year chart for housing: 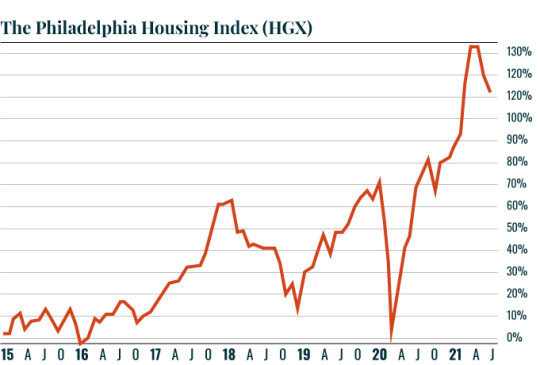 Indeed, the only way you could argue that inflation hasn’t appeared in most assets is by:

1) Focusing on the few asset prices that have collapsed (oil/energy).

2) Focusing on commodity measures that are heavily weighted in energy/oil.

3) Using CPI or other inflation measures that don’t count housing or other primary costs of living.

The people claiming inflation isn’t real, but simply appears bad because 2020 was so terrible, are using one or more of the above tricks to justify their absurd rationale. Talk to anyone who is running a real business and they’ll tell you costs are through the roof in REAL terms.

Indeed, as I write this, 48% of small businesses plan on raising prices. This is a 40-year high.

Which brings us to the single most important statement from Fed Chair Powell’s testimony and Q&A session yesterday:

“Even if higher inflation persists, I expect the Fed will NOT act quickly.”

So… after months of arguing that inflation is transitory, Fed Chair Powell is now admitting that even if it ISN’T, the Fed won’t respond quickly.

So much for the rate hikes and tapering the Fed suggested was coming!

Throw in the $3-plus trillion infrastructure bill that Congress is looking to pass (most of which is just handouts to donors and lobbyists), and we’ve got the potential for a real inflationary storm.

Is There an Opportunity in All These Lies?

More and more it seems that Fed Chair Powell isn't simply in denial about the inflation that’s ravaging the economy like a cancer, but rather he's just lying. The evidence of hot inflation is obvious to anyone willing to look at it objectively.

There could be a remarkable opportunity in this.

Despite all the evidence screaming inflation, gold and silver are performing remarkably POORLY these days. And this might actually be a GOOD thing for investors.

I believe this current weakness is the result of two factors: 1) a range-bound U.S. Dollar as well as 2) the Fed's manipulating Treasury yields. But I also believe, market forces will eventually win out, and that precious metals will be a major buy again in the coming months.

If you’d like to take the opportunity this current weakness offers to add gold or silver bullion to your portfolio, I’d like to recommend our partners at Hard Assets Alliance. They can buy, sell, and store your bullion for you. But even better than all that, they have a program that lets you accumulate positions in gold or silver on autopilot. (And the “dollar cost averaging” power this program gives you, means no more worrying whether gold or silver are ready to bottom.)

It’s one of the most unique programs I’ve ever seen. It’s called Metalstream and you can get more information or open an account here…

(Full disclosure: We are part owners of Hard Assets Alliance.)

Here’s what I mean…