Markets Are Bubbling Up — And That’s BAD News

Stocks will start the week slightly down.

However, in the intermediate term, it is now clear that the markets are actually bubbling up. We are seeing clear signals of market mania everywhere.

And why are the markets bubbling?

Because the Fed has unleashed inflation. Year to date, the price of copper, gasoline, lumber — heck the entire commodity complex — are up double digits. 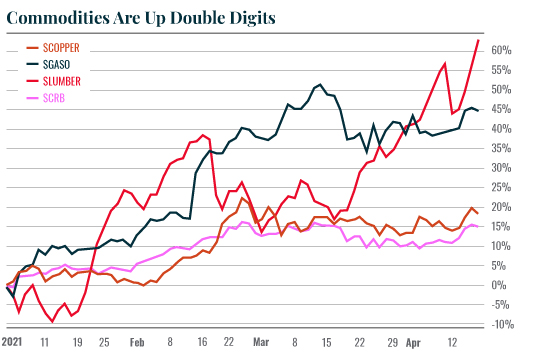 Despite this and many other obvious signals that inflation is already running hot, the Fed has commented that it has no interest in raising rates or tapering its ongoing $150 billion per month Quantitative Easing (QE) program anytime within the next 24 months.

It is a little-known fact that stocks LOVE inflation at first. However, that love eventually turns to hate once inflation spirals out of control and begins eating into corporate profits.

You can see this during the last minor bout of inflation in the U.S., from mid-2010 to mid-2011, when the Fed launched its $600 billion QE program at a time when the economy was already rapidly recovering from the 2008 Crisis. 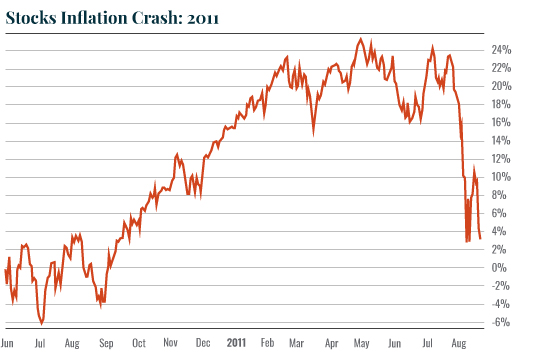 The markets staged an even greater rally and more jarring crash during the early 1970s when the Fed let MAJOR inflation take root. At that time, the market bubbled up 55% over the course of several years before losing ALL of those gains in a horrifying bear market crash. 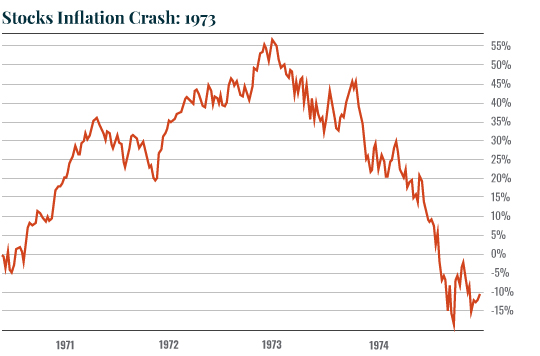 Put simply, based on historical precedent when inflation hits the financial system, stocks follow a clear pattern: bubble UP, then CRASH DOWN.

As I write this, they are clearly in the bubble UP phase. But we all know what is coming…

What Should You Do in the Middle of a Bubble?

It’s not what you think…