Here’s a jaw dropping statistic for you…

If the Biden Administration’s Infrastructure Program is signed into law, the U.S. will have spent nearly $10 TRILLION in a single year.

Yes, Trillion with a “T”

That last one really gets me. If you add up all the money earned via wages by Americans in the 12 months, the U.S. Government has spent more money than that!

And finally, the ultimate jaw dropper…

The U.S. government will have spent an amount roughly equal to 50% of its GDP… in a single year.

And it’s going to unleash an inflationary storm.

Gold figured this out first, roaring to new all-time highs. 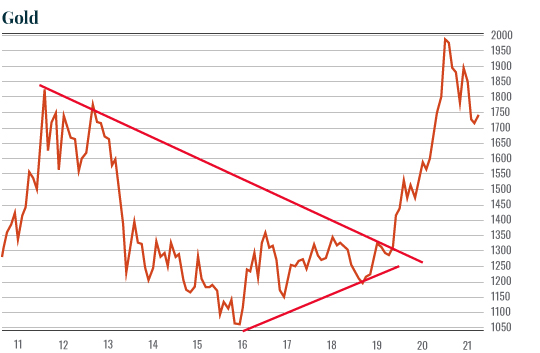 Then copper broke out. 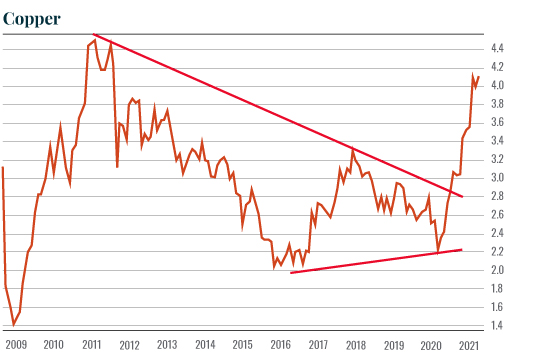 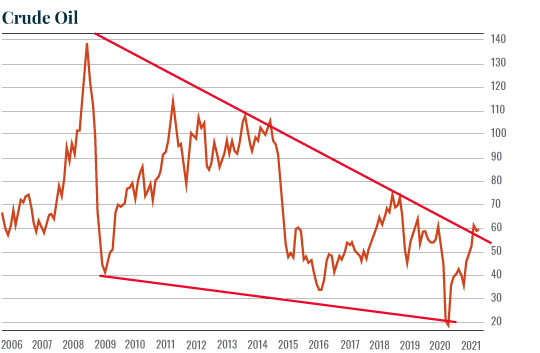 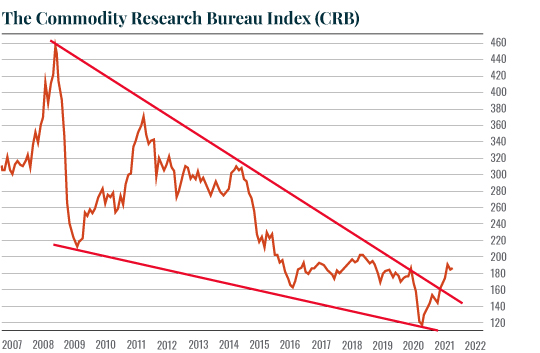 The writing is clearly on the wall. Big Inflation is coming. And the Fed is not going to do anything to stop it.

In fact, the Fed has already stated explicitly that it has no plans to raise rates or taper its QE program until 2023!

Which means, inflation will rage out of control…