By quick way of review:

With this in mind, we have to ask ourselves: If the Treasury is this clueless about the financial system… just how bad will inflation get?

The current official rate of inflation, as measured by the Consumer Price Index, is 4.2%. This is a 13-year high. And there are no signs it is slowing. Copper, lumber and crude oil prices are all up double digits in the last 60 days. 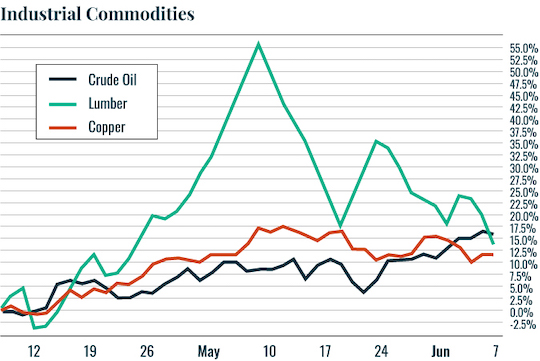 The China Factor Behind Inflation

Moreover, there are structural issues that suggest higher inflation is here to stay. As MN Gordon recently noted on Economic Prism, for decades China kept consumer prices low in the U.S. by using a managed exchange rate that supported cheap labor costs.

That era is ending. In fact, China currently has a shortage of factory workers. As a result, Chinese manufacturers are either raising prices or simply refusing to accept new orders.

Both of those are highly inflationary.

If Chinese manufacturers start raising prices, it’s only a matter of time before we start seeing the costs of goods increase in the U.S. Sure importers and distributors might be able to stomach high costs from China for a short time, but eventually they will need to raise prices themselves or become unprofitable.

Similarly, if Chinese manufacturers refuse to accept new orders, it’s not as though U.S. demand is going away. As the U.S. economy reopens, Americans are going to want to shop, spend money, and otherwise return to normal.

So, forget about inflation being transitory. There are deep structural issues between the U.S. and China that have completely changed.

Small wonder then that gold has begun breaking out to the upside in every major currency: U.S. Dollars, Euros, Japanese Yen and Swiss Francs.

Now is the time to start preparing for higher inflation.

The Treasury Secretary thinks higher interest rates would be good for the U.S.…