As I keep asserting, inflation is already in the financial system.

And it is going to cause a crisis.

The U.S. has $27 trillion in debt. And that is before the next round of stimulus and other social spending occurs.

All this debt requires the yields on U.S. bonds stay at historical lows.

Consider what happened in 2018…

At that time, the yield on the all-important 10-year U.S. Treasury Note broke out of its 30-plus year downward channel. 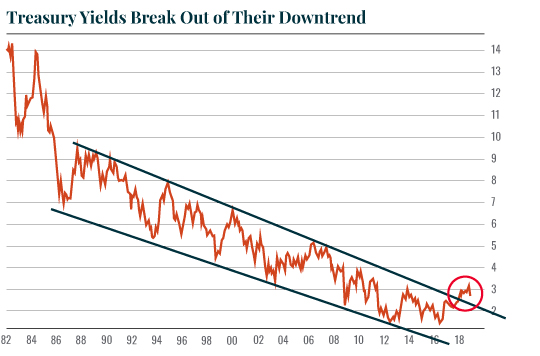 As a result, Treasury yields plunged back within their downward channel… 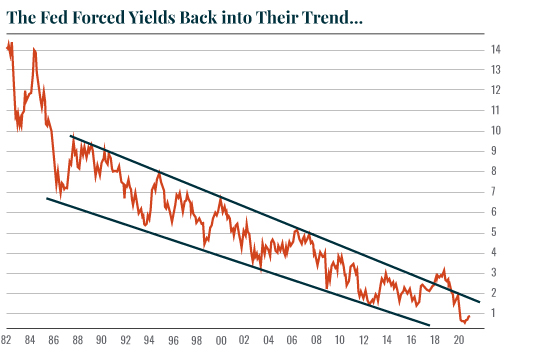 …But the stock market also collapsed, with the S&P 500 losing over 20% in six weeks, culminating in a mini-crash in which stocks went STRAIGHT DOWN erasing two years’ worth of gains in a matter of days. 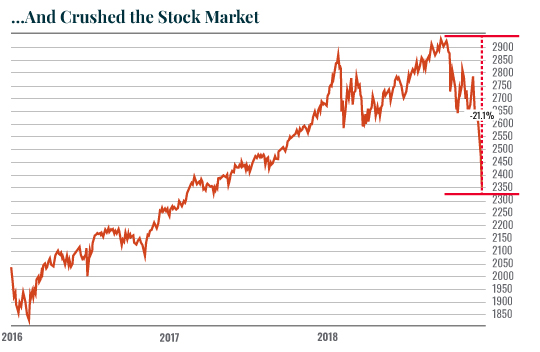 Bear in mind, the U.S. only had $21 trillion in debt at the time. We’ve added more than $5 trillion since then.

Put simply, the U.S. debt mountain is even more sensitive to interest rates today than it was in 2018. Which is why everyone should be paying attention to what’s happening in Treasury yields today. 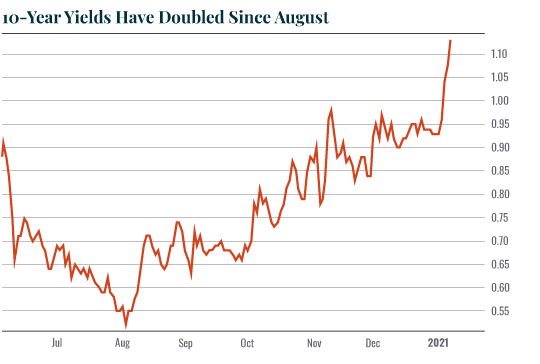 As you can see, the yield on the 10-year U.S. Treasury has begun rising aggressively again. It’s more than DOUBLED since August 2020 alone.

This is going to force the Fed into an impossible situation later this year (2021).

They will be forced to either:

I’ll detail what they’ll do in tomorrow’s article. Until then…

Here’s why the U.S. Dollar is almost certainly doomed…