Is it finally time to start talking about emerging markets?

Since 2011, the U.S. has been THE place to invest, with U.S. stocks dramatically outperforming their emerging market counterparts. You can see this in the ratio chart below, comparing the performance of the S&P 500 to that of the Emerging Market ETF (EEM). 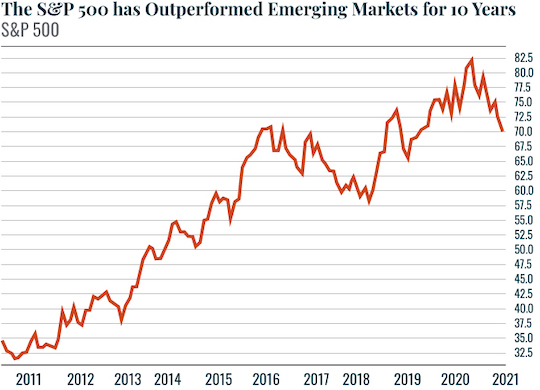 However, since the start of 2020, EEM has begun to outperform the S&P 500. In fact, this outperformance has been so dramatic that the long-term chart is about to test its bull market trendline. 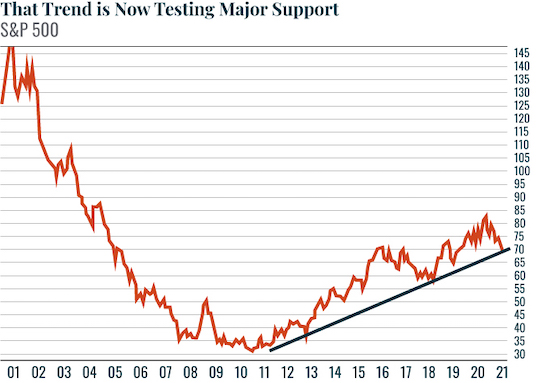 This is a HUGE deal. As the above chart shows, these trends tend to last a decade or more.

So if we take out that bull market trendline, it would represent a secular shift in which emerging markets likely outperform their U.S. counterparts for the better part of the next 10 years or so (similar to what happened in 2001-2011). 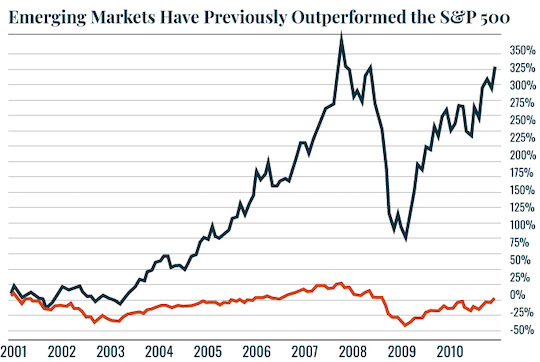 Talk about outperformance! Emerging markets rose over 300% while the S&P 500 was effectively FLAT.

So… if we take out the bull market trendline in the S&P 500:EEM ratio, emerging markets are where we are going to want to be for extraordinary long-term gains.

However, there is another FAR MORE important implication in this ratio chart. One that means SYSTEMIC change in the U.S.

I’ll detail that in tomorrow’s article.

See why this chart means even more trouble for the $USD…