Three Charts that Should Make You Worry

Yesterday I noted that Friday’s action was very troubling. By quick way of review:

Today I’d like to delve into the specifics of what the market is telling us.

The market is telling us that something BAD is brewing in the economy. While it’s true that, in general, stocks no longer have a close relationship with the economy (I’ve written about this previously showing how stocks will often rally on both bad and good economic news), certain sectors are HIGHLY correlated to economic activity. And they all are flashing major warnings.

First and foremost is the industrial sector (XLI). These are companies that either produce actual things like tractors, cranes, HVAC systems, etc. or that are involved in real economic activity (mail/shipping). As such, they represent a good gauge of how strong the real economy is: During economic expansions these businesses receive more orders.

The chart is downright awful. Industrials have rolled over and broken below their 50-day moving average (DMA). 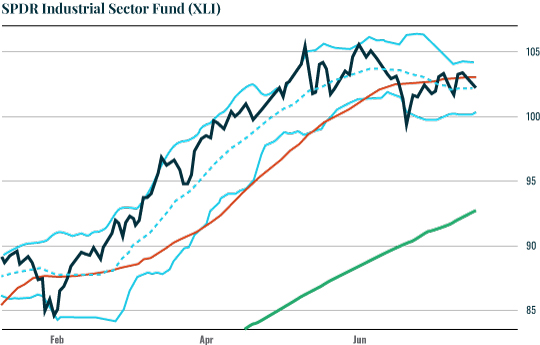 Next up is the materials sector (XLB). These companies produce things like concrete, copper, steel and the like. During economic expansions these companies receive more orders as they are the primary suppliers of commodities needed for construction and manufacturing.

Here again the chart is awful. The breakdown is more severe than that of the industrials. Not only is XLB further below its 50-DMA, but the down days are powerful, wiping out weeks’ worth of gains in a single session. 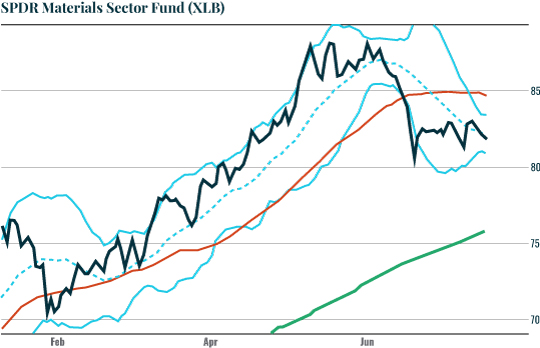 Finally, we have the consumer discretionary sector (XLY). Consumer spending accounts for 75% of the U.S. economy. The chart is not as bearish as that of industrial or materials sectors, but it is still not good.

XLY has effectively gone nowhere since April. The rally from June into early July failed miserably, and now it looks as though we’ll see a test of its 50-DMA. By itself this is an ugly chart, but in the context of what’s happening in industrials and materials it is very worrisome. 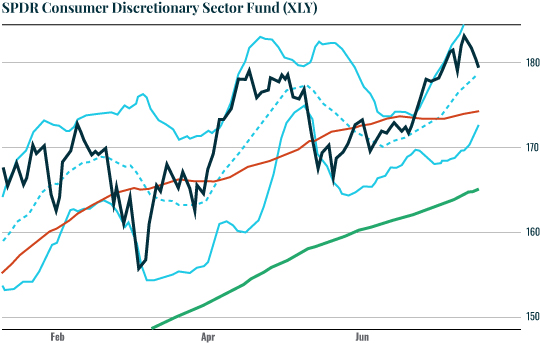 Add these charts up and they are telling us something BAD is happening in the economy right now.

We’ll dive into that conversation in tomorrow’s letter.

The Market Hasn’t Done This in 20 Years

Is it signaling BIG trouble again?