Warning: The World is Beginning to Shun U.S. Debt

The single biggest problem in the financial system is the fact that Treasury yields continue to rise.

The yield on the all-important 10-Year U.S. Treasury continues to rise with few, if any, significant pullbacks. The last time we talked about this yield, it was 1.10%. It’s now at 1.2%. 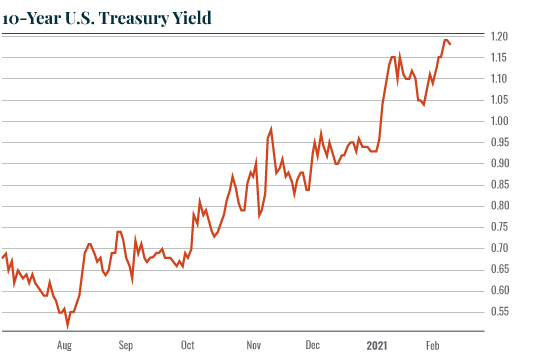 Let’s take a step back here for a moment. This chart is telling us that the yield on the 10-year US Treasury has more than doubled since August.

This is a BIG deal, particularly when you consider that this trend is likely to continue. Indeed, when you look at the long-term chart, there doesn’t appear to be any kind of resistance until the yield gets to 1.5%. 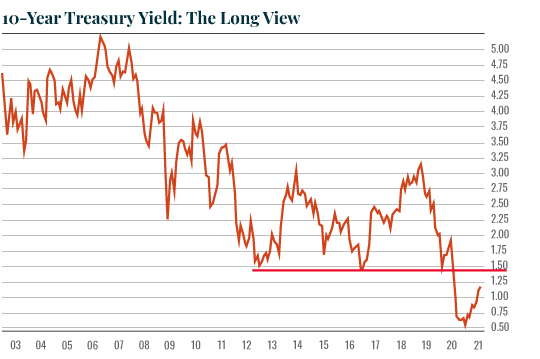 The big difference between now and then is the U.S. now has over $27 trillion in debt. It only had $22 trillion, $19 trillion and $16 trillion on those other dates, respectively. 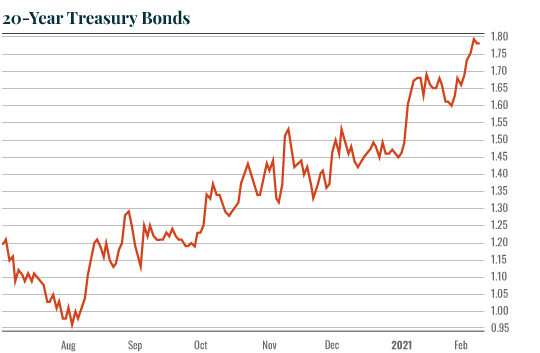 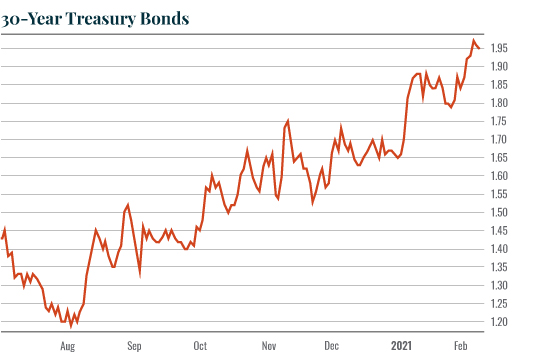 Bond investing is a very complicated thing. So the simplest interpretation of these charts is that the bond market is saying, “I don’t want ANYTHING to do with long-term U.S. debt. If you want me to fund your outrageous debt levels, you’re going to have to pay me a LOT more in yield.”

This is EXTREMELY dangerous, particularly when you consider that the U.S. is going to run a $3 trillion deficit this year, AND the Biden administration plans to spend $1.9 trillion in stimulus, $2 trillion for infrastructure, and $1.7 trillion to fight climate change.

Put simply, the U.S. already has a MASSIVE debt problem. President Trump left office with the U.S. sporting a debt-to-GDP ratio of 130%. And President Biden plans on issuing even MORE debt than President Trump did.

This has the makings of a MAJOR crisis.

I’ll outline why in tomorrow’s article.

In the meantime, I’ve created a presentation that exposes the cracks that are forming in the financial foundation of our country. It describes, in detail, the epic failure of the Federal Reserve over the last 10-plus years. And outlines exactly where I believe our economy is headed. If you have a few spare minutes, you can watch it here.

Why Rising Bond Yields Pose a MAJOR Problem for Stocks