What’s the Current Consolidation Telling Us?

The S&P 500 has been in a consolidation phase since mid-April. Yes, we’ve had a few runs to new all-time highs, but as the chart below shows, most of the action has been sideways (see the box in the chart below). 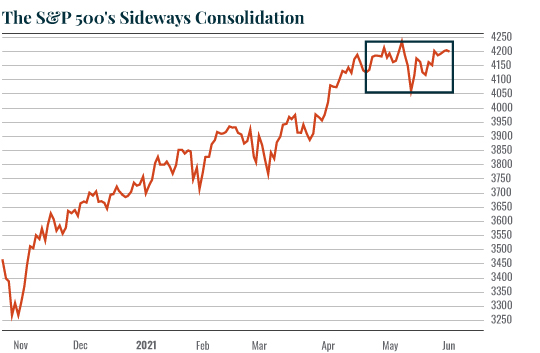 Whenever markets enter a consolidation phase, the eventual breakout tends to be violent. And the longer the consolidation, the more violent the breakout.

Consider the last market consolation which took place from February through late March 2021. Stocks chopped back and forth in a significant box pattern before finally breaking out to the upside. They then ripped higher by 5% in the span of a little over a week. 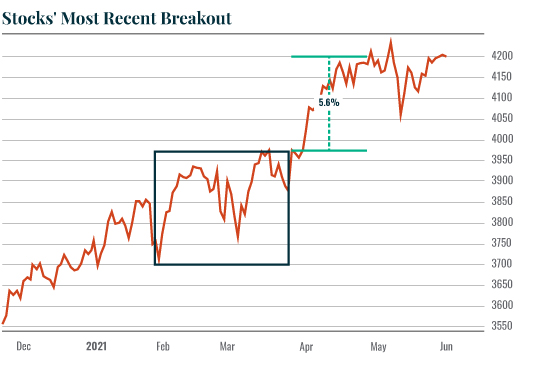 Indeed, this has been the hallmark of this bull market since the March 2020 lows: Stocks rip higher, and then enter a six to eight week consolidation phase before breaking out to the upside again. I’ve identified the consolidation phases in the boxes in the chart below. 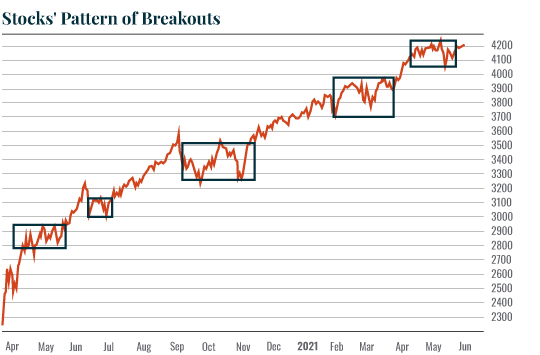 Until the Fed begins to tighten monetary policy, it’s difficult to see a reason why this pattern should change and stocks should collapse. It is clear the Fed has decided to let inflation run hot and, as I’ve outlined multiple times in the past, stocks initially LOVE inflation.

With this in mind, I see no reason to overthink the current consolidation.

We Have Now Reached Phase 3…

This is when inflation gets out of control…